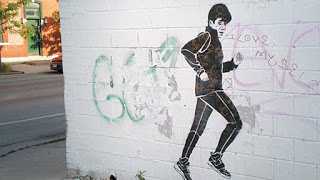 The morning it was revealed that former Illinois Governor Rod Blagojevich tried to sell Barack Obama’s Senate seat, among other crimes, I was at a library-related work seminar, learning to do Something Online. When word leaked about the indictment and just how much Rod loved the f-word, the seminar all but stopped, as we had to read the salacious details. So add about ten class fees stolen from the taxpayers to Blago’s list of larceny.

That day in 2009, I vowed never to be surprised again, and that position has served me well since. Other than that bit of personal philosophy, I never really thought of Blago as his hair went grey in a Colorado prison, other than to feel sorry for his two school-age daughters. I think I hoped I would not have to deal with this “Rod” character again until this “Donald” person was off stage. Yeah, well…surprise.

This week Donald pardoned Rod, sparing our ex-governor about six years in prison. He was greeted in Chicago like a hero, making me disgusted in my city (and just as it looks its shittiest). One of Chicago’s most famous journalists Tweeted a selfie with a grinning Blago on the plane back from Colorado. Well-wishers crowded a strip of parkway outside his brick home, holding up more-than-life-size signs of his famous coiffed head. Blago’s schticky repartee with the press was dialed up to 11, and the love-fest answered almost all questions about my home state’s love affair with corruption.

Despite one’s most fervent attempts, the man is hard to ignore. My eyes have to roll twice as hard this time around, as it turns out Rod is now a neighbor. My husband and I recently were able to fulfill a long-time wish and secure a small second apartment in the city, and we live (mostly on weekends) in Blago’s jogging path.

People who live in what is now my neighborhood are recalling on Twitter that Rod used to jog through the park kitty-corner from our apartment and by the coffee shop about two blocks from us. Soon I will hear that his preferred Thai restaurant is the one of the four in our close radius that we have tried.

The image of Jogging Rod turned into a famous bit of street art around the time that he was indicted.  This story from Time Out Chicago references an exhibit of the running crook seen stenciled around the city in 2009. Since then, street art and murals have taken a place of prominence in many neighborhoods, joining small parkway gardens in beautifying the city.

The murder rate is still too high and racism will likely never be addressed to the extent that imparts true justice. Divvy bikes are everywhere except the south side, for shame. The city’s last mayor stayed out of prison but his legacy has been tarnished by murderously brutal police behavior and a school-closing program that would have made the Klan proud. But taking the city’s no-nonsense Black lesbian mayor as a hopeful sign, Chicago is a different place than it was the last time Rod was around to see his bungalow get tuckpointed.

I will be interested to see if Blago’s release inspires more art. I will not be interested in seeing him in person, although I know that I would not be surprised if I did.